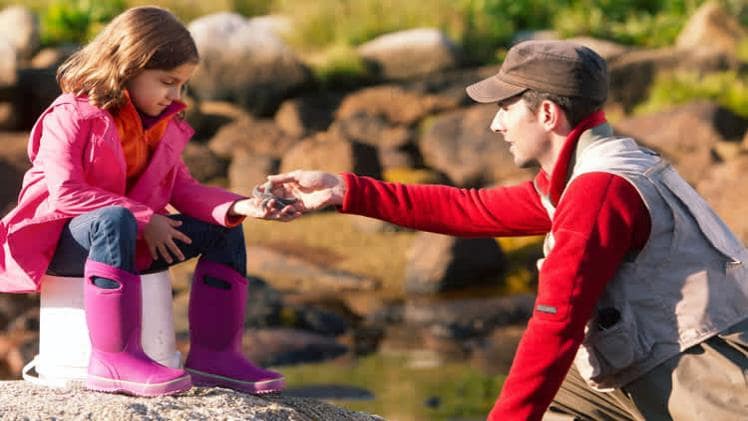 Motherhood is often described as the best experience of a woman’s life. But, what many people fail to mention is the struggles moms have to go through, especially when they are raising a child on their own.

We are not trying to say that the life of every single mom is limited to doing multiple odd jobs and barely meeting ends meet, although that might be the situation with many. We are trying to assert that the life of a single mother is much more powerful than others as they are doing the job of two parents! That has remained a popular topic in Hollywood, with many movies being made that, while fictional, represent the life of an average single mom and pay tribute to them while empowering them to cherish their struggles and not feel alone.

Here are some of the best movies about single moms that we believe everyone should watch:

Its Complicated is a romantic comedy film starring Meryl Streep, who acts as a bakery owner and a single mom of three. After a dinner meeting with her ex-husband, Meryl starts a secret affair with him but ends up in a love triangle involving her architect. The story is fun, and the cast is star-studded with actors like Meryl Streep, Steve Martin, Alec Baldwin, Robert Curtis Brown, and Rita Wilson, John Krasinski, among others. Overall, it is a fun, lighthearted movie to watch and enjoy.

You can stream “It’s complicated” on Netflix or watch it on Spectrum TV, Prime Video, Vudu, Redbox. or Apple TV on your Roku device. You can check Spectrum’s services and subscribe to their Internet and cable TV deals for all your streaming needs.

Mrs. Doubtfire is a comedy-drama movie by Chris Columbus, starring none other than the legendary actor Robin Williams, who is also the film’s producer. Williams did a fantastic job performing as both a divorced dad and a nanny for his children at his ex-wife’s home. The movie, while comedic, highlights many important issues like divorce and its impact on families. Owing to the amazing storyline and remarkable acting, the film has received many awards and nominations, including the Golden Globe Award for Best Motion Picture.

Precious is a drama film based on the 1996 novel “Push” by Sapphire. The story revolves around 16-year-old Claireece “Precious” Jones, who lives an oppressed life with her abusive mother. Raped by his evil father twice, she becomes a mother of two. Unable to read or write, Precious sees no hope in life till she finds the guidance of a teacher who turns her life around for good. The film is really emotional and life learning.

The film has won numerous awards and nominations and became a box office success, earning over $63 million on a $10 million budget. We highly recommend everyone watch this movie to find hope and optimism.

Erin Brockovich is an Oscar-winning film starring Julia Roberts as Brockovich. It is based on the life of a legal clerk, consumer advocate, and environmental activist who, despite not having a formal law education, built a strong case against Pacific Gas & Electric Company (PG&E) in 1993, involving groundwater contamination in Hinkley, California with the help of attorney Ed Masry. She’s also a single mom of three kids and, thus, is an inspiration for women that there is no limit to what they can achieve with dedication, confidence, and optimism.

The Single Moms Club is a comedy-drama film written, directed, and produced by Tyler Perry. The story is about a bunch of single moms who gather together after their 11-12-year-olds get into trouble at school. While it is more of a lighthearted film with little seriousness, it teaches some useful lessons, like the power of unity and how friends can ease your stress, and make you believe in love again, especially when you are a single parent. Overall, it is a fun movie to enjoy when you need a good chuckle.

Little Man Tate is a drama film directed by Jodie Foster based on a screenplay by Scott Frank. The story revolves around Fred Tate a 7-year-old with a genius IQ, and the worries of her single mother. It is an insightful movie for those who don’t know about special children and hope and empowerment for single mothers of such kids.

Motherhood is one of the best parts of a woman’s life, which, though, isn’t short of struggles, especially when you are a single mother playing the part of both parents. Many movies pay tribute to such brave women and empower them to fight through the odds and live their lives to their fullest. Above, we have mentioned some of the best ones. So start watching them and have fun!